Josh Pather was born in South Africa and came to the United States in 2001 with nothing more than a few bags and a strong desire to succeed.

On the plane as he walked to his uncomfortable seat in coach he said to himself, “One day I am going to travel business class and never go back.”

Mr. Pather has shown an incredible sense of business acumen from a young age.  He began his career in junior high mowing lawns, after he had a neighbor show him how to do a great job at it.  He didn’t last long mowing lawns though, as he quickly saw an opportunity in selling shoes he sourced from China at a 300% markup in high school.  This is when he built his first website, during a period of massive internet growth in 2006 which created incredible opportunities with new platforms such as Alibaba.  People at the local Western Union would give him odd glances as a high school student sending cash to China.  He was finding a lot of success in this endeavor especially for a kid still in high school.  What Josh didn’t know at the time was he had built a business around what we now call drop-shipping.  This is where Mr. Pather met his first major challenge in business though.  One day when he got home from school he opened a letter to find out he was being sued by Nike for $50,000.  Getting slapped with a 50 thousand dollar lawsuit as an 18-year-old was unnerving.  His instinct told him though that it would pass through, and it did.  After settling the case for $5,000, and graduating from high school, he thought he’d try out a more traditional route with regular employment.  He got a job at a local bank, but his entrepreneurial spirit quickly got the best of him again.  He started a DJ business with a friend from the bank, and soon they were doing events together.  Josh achieved success as a DJ and was invited to open for Dash Berlin, one of the top-5 DJs in the world.

The two partners saw an opportunity to add more value to their DJ gigs by incorporating a photo booth.  The first booth was built from wood purchased at the local lumberyard and was built from scratch by the two new business partners.  The first gig was a DJ and photo booth combo for $500 at a local party on a lead they found for free with a craigslist ad.  Their partnership was short lived however due to a legal dispute.  Josh was unswayed, and continued toward his vision.  The following two years, sales really took off for the newly-minted business.  Josh became an expert in SEO.  He even named his new business for SEO reasons, Photo Booth Dallas.  By 2014, Photo Booth Dallas was servicing over 800 events in a single year, for industry leaders such as Facebook, Capital One, McDonalds, and many others.  He hired family members to help him meet the growing demand of his services and expanded his photo booth inventory.

In 2015 Josh responded to a growing demand from people wondering where they could purchase a photo booth.  His created his solution with Photo Booth International(PBI).  He built PBI with a different objective than just selling people photo booths.  He decided he wanted to sell people true turn-key businesses by providing all the training and support a new entrepreneur would need to start a brand-new photo booth business from scratch.  Not only did he create an impressive line of photo booths for his customers to choose from, but he also empowered them by giving them access to a full training system on how to make great money in the photo booth business.  The results of this formula were truly extraordinary.  Through innovation and advanced training for its customers, PBI quickly began to shape the industry.  Within 2 years PBI had empowered over 600 entrepreneurs generating the interest of internet marketing master, Tai Lopez.  Josh decided to participate in Tai’s Knowledge Society, marking another milestone achievement in his career.

In 2019 Photo Booth International had its best year to date. Josh and his business were featured in a ClickFunnels documentary for his rapidly growing success.  He has also moved into different business domains including real estate.  In 2019 Josh also received various shout outs from notables such as Shark Tank’s Kevin O’Leary.

As of 2020, Photo Booth International has empowered over 3000 entrepreneurs to find financial freedom with their own businesses.  Mr. Pather now lives in Dallas, Texas with his wife Jazmine.  He mentors people and businesses wanting to find even greater success through his Inner Circle Mentor-ship program, PBI Experience, and on his YouTube channel.  He continues to care deeply about his customers’ success in the Photo Booth industry and gives his personal touch to every element of his rapidly expanding business. 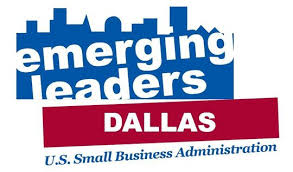 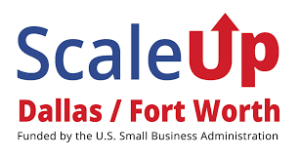